A researcher from one of China’s leading economic think tanks has called for the establishment of a “scientific assessment framework” that would cast a more favourable light upon the country’s burgeoning debt levels in the wake of sovereign credit ratings downgrades by Moody’s and S&P.

In an article published by China Securities Journal Zhang Monan (张茉楠), a researcher from the China Center for International Economic Exchanges, writes that given the rapid rise in Chinese debt and leverage since the 2008 GFC, the country needs to establish an “entirely new assessment framework” which looks at the issue from the perspective of China’s economic structure and systemic factors.

According to Zhang this task is imperative given the empirical link between high debt levels and financial collapse.

“Any financial crisis is essentially a debt crisis, and the government bears the responsibility of lender of last resort during crisis,” writes Zhang.

“Looking back at the history of global debt crises, across more than 200 years the world has seen over 250 sovereign debt defaults, and over 60 domestic debt defaults.

The current state of Chinese debt

Since the start of the reform and opening up period, China has seen four major debt problems arise for reasons that have varied by decade.

“Since the 2008 GFC, opinions and concerns in relation to the potential explosion of a Chinese debt crisis have been to a large extent based upon data pointing to a rapid rise in China’s debt ratio and leverage.”

According to Zhang it remains difficult to determine the exact level of risk posed to China’s financial system and economy by high debt levels, due to a lack of transparent or reliable authoritative data.

“With respect to the actual leverage ratios of our nation’s various economic sectors, at present there has been no official release of authoritative data.

“Some research institutions and international organisations have released their own leverage estimates, but their measures and methods differ, and the leverage levels they obtain are far from consistent.

Zhang cites the the latest data from the Bank of International Settlements as one of the more authoritative estimates available, indicating that China’s total social leverage (which excludes financial institutions) has risen rapidly since 2008, from 142% to 257% as of the end of 2016.

This means that China’s total debt level is slightly lower than the average for developed countries, roughly equal to that of the Eurozone UK and US, and slightly higher than the G20 average of 237%.

When broken down by sector China’s non-financial corporate sector leverage ratio was approximately 166.3% as of the end of last year, for an increase of 96.3%, or 70 percentage point, since 2008.

According to Ministry of Finance data central government and local government debt was 27.33 trillion yuan as of the end of 2016, comprising 36.7% of 2016 GDP based on initial estimates by China’s National Bureau of Statistics.

Given the complexity of debt measurement and the key role that debt plays in triggering financial crises, Zhang Monan calls for more “scientific” methods for assessing China’s debt levels.

“In actuality, solely using the ‘government debt-GDP’ ratio to discuss when a nation’s debt and leverage levels are on the verge of triggering risk is unbalanced,” writes Zhang. “We cannot solely conduct discussions from the debt side, but must also discuss matters from the asset side.”

Zhang specifically advocates examination of a country’s national balance sheet as well as the sustainability of national debt as more rational and even-handed assessment benchmarks.

“If the government assets are taken into consideration together, from 2010 to 2015 the Chinese government’s total asset scale was in excess of 100 trillion yuan, exceeding 125 trillion yuan in 2015, and equal to over 180%  of GDP that year.

“On average the Chinese government’s total assets are roughly equal to 1.8 times GDP for a given year, demonstrating a long-term stable growth trend. For this reason, we need to use the national balance sheet as an integrated measure to fully assess China’s debt dilemma.”

Zhang also calls for measurement of the “sustainability” of debt levels based on repayment capability.

“Measuring debt risk solely on the basis of scope and growth rate is also insufficient, because it lacks means of judging whether there exists repayment capability for debt,” writes Zhang. “For this reason, we need to introduce an assessment index for debt sustainability.

“From international experience, even if debt and leverage ratios are negatively correlated with economic development, whether or not debt and monetary expansion can be effectively maintained has a major impact on economic growth and financial stability.

“Because the investment or consumption created by debt can drive GDP growth, only when per capita debt growth is greater than leverage ratio growth will per capita nominal GDB be capable of achieving positive increase.

When it comes to assessing debt sustainability, Zhang advocates simply measuring whether the cost of debt is lower than the yield produced by debt, in which case debt can be determined as sustainable.

“The debt-GDP ratio is only used to measure the scope of debt pressure, and isn’t an adequate condition for forecasting debt crisis,” writes Zhang.

“For example, Japan’s debt-GDP ratio has been amongst the world’s highest for many years now, but Japan hasn’t suffered a debt crisis, primarily because Japan’s debt issuance costs are low, 90% [of debt] is held over the long-term by domestic investors, and in addition to this saving rates are quite high, and the public and central bank are long-term holders of sovereign bonds.

“For this reason the likelihood of repayment risk is quite low.”

END_OF_DOCUMENT_TOKEN_TO_BE_REPLACED 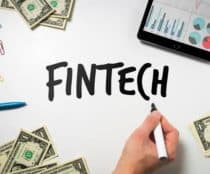 The future of money is being rewritten in Asia Disruptions that began with technological and business model innovations in other places are expressed in new ways in Asia. In banking, payments and retail, Asia is leading the wave of disruption. In each case, th... END_OF_DOCUMENT_TOKEN_TO_BE_REPLACED

A new report from the Chinese central bank’s finance school has called for an extension of the transitional period for key asset management rules designed to curb the excesses of the shadow banking sector. END_OF_DOCUMENT_TOKEN_TO_BE_REPLACED