China’s National Financial Work Conference has indicated that the government will step up its regulation and scrutiny of local government debt in 2018.

The National Financial Work Conference was convened in Beijing from 27 to 28 December just immediately following the Central Economic Work Conference, for the purpose of researching and conducting arrangements for government financial work in 2018.

According to the conference key fiscal policies for 2018 will include continued tax and government fee reductions, structural optimisation of expenditures, increases in fiscal spending efficiency, and vigorous support for risk prevention.

The recent Central Economic Work Conference also indicated that Beijing would increase pressure on local government financing and debt in 2018.

In recent years China’s Ministry of Finance has sought to rein in illicit financial activity on the part of local government via measures including the standardisation of government financing platforms, strict bans on various forms of “covert financing,” regular monitoring of local government debt, and the establishment of risk assessment alarms and emergency handling mechanisms.

Qiao Baoyun (乔宝云), head of the China Public Finance and Policy Research Institute at the Central University of Finance and Economics, said to 21st Century Business Herald that local government debt risk did not arise from compliant local debt issuance, but from local government engaging in illicit, non-compliant forms of covert debt raising.

According to Qiao, Beijing will need to strengthen regulation, transparency and anti-corruption measures in order to prevent and resolve local government debt risk.

Qiao also notes that the prevention of local government debt risk cannot rely upon stepped up regulation alone, given that growth in local covert debt was the result of “inappropriate political performance perspectives” and soft budgetary constraints.

According to Qiao this issue will require further reforms of the fiscal and taxation system, the establishment of an accountability system for both government and officials, and the creation and improvement of local government self-disciplining measures.

With respect to resolving some portion of accumulated debt, Yang says consideration should be given to asset sales to generate revenue for making repayments.

The “Ministry of Finance Report on Firmly Preventing Local Government from Engaging in Illicit, Non-compliant Debt Raising and Circumstances involving Control of Covert Debt Growth” released by China’s National Audit Office on 23 December 2017 revealed that the ministry’s key local debt goals for 2018 will include satisfying the reasonable demand for financing amongst local governments, appropriately increasing the local government debt ceiling, as well as supporting the standardised usage of PPP and government investment funds.

Feng Qiaobin (冯俏彬), professor at the economics faculty of the Chinese Academy of Governance, said that reform of the central and local fiscal systems will be a key focal point for reform in 2018, in particular the establishment of clear demarcations of authority.

END_OF_DOCUMENT_TOKEN_TO_BE_REPLACED

The future of money is being rewritten in Asia Disruptions that began with technological and business model innovations in other places are expressed in new ways in Asia. In banking, payments and retail, Asia is leading the wave of disruption. In each case, th... END_OF_DOCUMENT_TOKEN_TO_BE_REPLACED 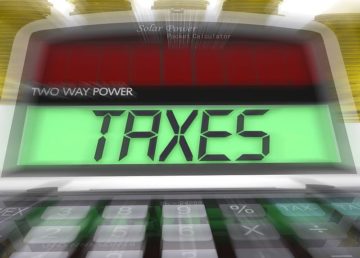 The head of China’s tax department has highlighted the ability of reductions to taxes and administrative fees to help spur economic activity in the wake of the COVID-19 pandemic. END_OF_DOCUMENT_TOKEN_TO_BE_REPLACED