One of China’s leading free market reformers says the refusal of the US and EU to confer China with market economy status is “extremely unfair” for the country’s private exporters.

During a speech delivered at the release of a new anthology of his essays Wu Jinglian (吴敬琏) said that the refusal of the OECD’s leading economies to grant China free market status was based upon unreasonable standards.

Wu is considered one of China’s leading economic reform experts, and is frequently referred to by the domestic media as “Market Wu” (吴市场) for arguing vigorously on behalf of free markets, as well as his conviction that socialism is incompatible with a free market system.

“Countries including the US and EU have recently refused to acknowledge that China is a market economy nation,” said Wu.

“These decisions of course are made on the basis of their own benchmarks. In my opinion, this decision is unfair to Chinese private enterprise, because one of the assessment standards for refusing to acknowledge that China is a market economy is ‘dumping,’ as opposed to conducting an assessment of China’s actual conditions.

“If China is not recognised as a market economy nation, then we need to look at other countries to see if their costs are below the sales prices of our own products. This is extremely unfair for China’s private companies that engage in the export trade.”

END_OF_DOCUMENT_TOKEN_TO_BE_REPLACED 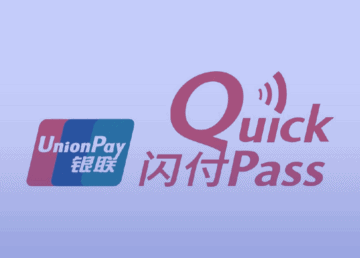 China UnionPay says its “Cloud QuickPass” (云闪付) payments app has seen roaring growth in the less than three years since its official launch, shaking up a mobile payments heavily dominated by Alipay and WeChat Pay. END_OF_DOCUMENT_TOKEN_TO_BE_REPLACED