“Blockchains Have No Future as Money”: China’s Central Bank

People’s Bank of China counsellor Sheng Songcheng (盛松成) has put a dampener on any hopes that cryptocurrencies will enter widespread use in China as a viable form of money.

Sheng provided his assessment of the future of blockchain technology during a blockchain discussion held as part of the 2018 Boao Forum for Asia on 10 April.

According to Sheng virtual currency is “intrinsically not currency,” but only makes use of the term “currency” in its name, which has misled everyone to considering it a form of money.

Sheng further said that all of the world’s countries primarily make use of fiscal policy and monetary policy to engage in economic adjustments, and there is no way that a nation can abandon monetary policy.

“What is the foundation of monetary policy? It’s a nation’s control of the right to issue money, and fiat currency,” said Sheng.

For this reason Sheng believes that if virtual currencies were to become “rampant,” monetary policy would become unenforceable.

“The viewpoints of the central banks of the world with respect to the recent emergence of bitcoin are not that unified, but there is one consistent viewpoint, and that is that no one considers [bitcoin] to be money, because this would impede the implementation of monetary policy.”

Sheng also said that it would be best if blockchains were not applied the area of finance, because “the existing payments system, including WeChat and bank cards, can in actuality achieve these goals in relation to virtual currencies.”

Sheng’s view is consistent with the opinion of retired-PBOC governor Zhou Xiaochuan, who has said on the topic of bitcoin and cryptocurrencies that “we do not really want to create this kind of speculative product, and give people the dream of becoming rich overnight. ”

“This is not a good thing at all, and [we would] rather stress the need to service the real economy.”

END_OF_DOCUMENT_TOKEN_TO_BE_REPLACED 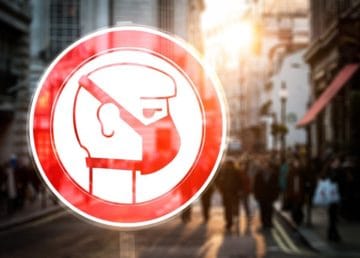 China’s top banking regulator has committed to the effective maintenance of financial services during efforts by authorities to combat the spread of the coronavirus. END_OF_DOCUMENT_TOKEN_TO_BE_REPLACED

Recent transactions of unlisted shares in Chinese fintech giant Ant Financial would value the company at around USD$200 billion, according to sources speaking to Reuters. END_OF_DOCUMENT_TOKEN_TO_BE_REPLACED