The second-largest bank in China has sought to sell access to US President Donald Trump in the form of tickets to a Republican fund-raising event.

The Shenzhen branch of the China Construction Bank (CCB) offered its wealthier clients tickets priced at USD$150,000  for a dinner in Dallas on 31 May, where they would have the opportunity to meet with the US President.

Bloomberg reports that CCB’s invitations to the dinner promise a photo and autograph opportunity wit  President Trump, as well as the chance to rub shoulders with American “tycoons.”

“As Sino-U.S. trade frictions have eased recently, Chinese businessmen including representatives from ZTE were invited to Dallas to attend President Trump’s dinner, and thus discuss cooperation and development with U.S. political and business elites,” reads one version of the invitation.

Two sources at CCB’s Shenzhen branch confirmed that the dinner tickets have been offered to its private banking clients, and that it has already fielded inquiries from businessmen from both the private and state-owned sectors.

The tickets were reportedly obtained from a Shanghai-based travel agency, with both the bank branch and the agency hoping to earn a commission on the sale.

Trump is scheduled to host a fund-raising dinner for the Republican National Committee in Dallas on 31 May, for which tickets are reportedly $50,000 per head.

Trump’s re-election campaign said to Bloomberg that it was unaware of the invitations, while one source said that they had notified the office of US Attorney General Jeff Sessions about the matter.

“We do not accept foreign donations of any kind,” said the source. “Since it has been brought to our attention, we have notified the appropriate authority about this unauthorised flier.”

END_OF_DOCUMENT_TOKEN_TO_BE_REPLACED

The future of money is being rewritten in Asia Disruptions that began with technological and business model innovations in other places are expressed in new ways in Asia. In banking, payments and retail, Asia is leading the wave of disruption. In each case, th... END_OF_DOCUMENT_TOKEN_TO_BE_REPLACED 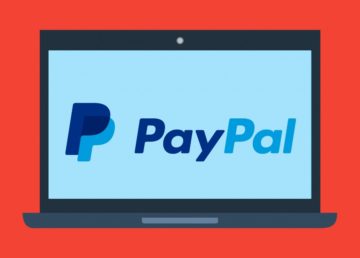 Two of the world’s leading payments giants have entered an agreement for cooperation on a global scale. END_OF_DOCUMENT_TOKEN_TO_BE_REPLACED