Home Credit rose from third to first place in terms of net profits amongst Chinese consumer finance companies in 2018.

2018 financial data for 10 out of China’s 23 licensed consumer finance companies has been made publicly available, pointing to combined profit of over 4 billion yuan according to a report from Securities Times.

Home Credit (捷信消费金融) was the top performer overall in 2018, being the only consumer finance company in China to breach 10 billion yuan in operating revenues, while rising from third to first position in terms of net profits.

Home Credit and MUCFC are thus far the only two consumer finance companies in China to report net profits of over 1 billion yuan in 2018.

Both MUCFC and Mashang saw a considerable slowdown in their net profit growth in 2018, after posting YoY surges of 266.97% and a staggering 8792% respectively in 2017.

A source from MUCFC said that key factors for the sharp drop in profit growth in 2018 included a marked rise in funding and customer acquisition costs as a result of changes in the external operating environment.

While MUCFC has sought to prioritise financial inclusion, risk costs have risen in tandem with the expansion of customer coverage, putting a squeeze on profits given the company’s efforts to maintain comparatively low prices.

Haier Consumer Finance has thus far seen the biggest rise in net profits, with operating revenues of 1.049 billion yuan and net profits of 168 million yuan in 2018, for YoY gains of 313% and 250% respectively.

END_OF_DOCUMENT_TOKEN_TO_BE_REPLACED

The latest data points to a significant recovery in China’s property markets by the months of May and June, following the heavy economic impacts of the COVID-19 lockdown. END_OF_DOCUMENT_TOKEN_TO_BE_REPLACED 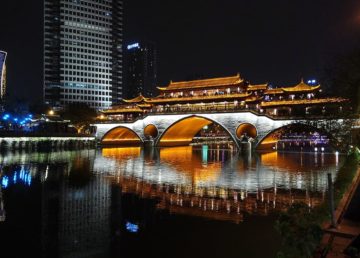 One of China’s big state-owned banks has entered a strategic agreement with a provincial big data provider, in a move which has been described as advancing integration between government affairs and finance. END_OF_DOCUMENT_TOKEN_TO_BE_REPLACED