Chinese tech giant Tencent is taking the lead in a USD$40 million funding round for an open banking fintech startup based in London.

Sources said to The Times that the investment in London-based fintech startup TrueLayer could be officially unveiled in as a little as a week, and that in addition to Tencent, Singaporean sovereign wealth fund Temasek is also expected to play a key role in the financing round.

TrueLayer was launched in 2016 by Francesco Simoneschi and Luca Martinetti, providing an open banking platform that permits the secure sharing of data across banks, as well as access to bank API’s and consumer data for third parties such as fintech and retail firms.

Tencent has recently stepped up its focus on the fintech sector, with the establishment of a new “Fintech and Business Services” category in its financial reports that posted a 44% revenue rise in the first quarter of 2019.

END_OF_DOCUMENT_TOKEN_TO_BE_REPLACED 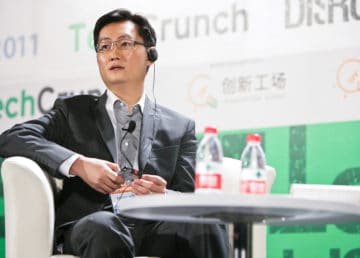 The two senior-most figures at Chinese tech giant Tencent have both dialled back their holdings in the company to the tune of hundreds of millions of dollars. END_OF_DOCUMENT_TOKEN_TO_BE_REPLACED

The number of policies launched by Chinese local governments to corral real estate markets within their jurisdiction has risen considerably in 2019. END_OF_DOCUMENT_TOKEN_TO_BE_REPLACED