China’s securities regulator has given its approval to the A-share listing of one of the country’s big six state-owned banks.

On 25 October the China Securities Regulatory Commission (CSRC) announced that it had approved the initial public offerings (IPO’s) of four applicants, including Postal Savings Bank of China (PSBC).

The approval arrives little over four months after PSBC submitted its IPO application at the end of June this year.

PSBC plans to issue no more than 6% of equity, for the largest IPO in 2019, and likely the second largest in the past five years.

According to its mid-year report PSBC’s total assets are over 10 trillion yuan, while the issue of 5.172 billion A-shares is expected to raise up to 28.394 billion yuan.

In early 2019 the People’s Bank of China (PBOC) changed its definition of the country’s big state-owned banks to include PSBC, bringing the number of such lenders to six in total.

END_OF_DOCUMENT_TOKEN_TO_BE_REPLACED

Rich Turrin is the author of the best-selling “Innovation Lab Excellence” and soon to be published “China’s Digital Currency Revolution.” He previously headed IBM’s Fintech Innovation Lab in Singapore and IBM’s banking risk technology team in China after a 20 ... END_OF_DOCUMENT_TOKEN_TO_BE_REPLACED 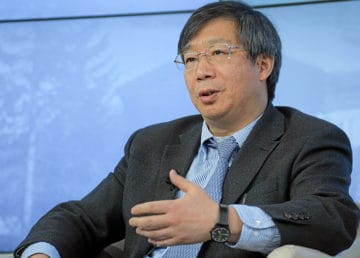 The governor of the People’s Bank of China (PBOC) has convened a special meeting on measures to deal with the economic fallout from the spread of the novel coronavirus. END_OF_DOCUMENT_TOKEN_TO_BE_REPLACED