China’s foreign reserves saw a decline in the month of March, yet still remains above the three trillion dollar threshold.

The State Administration of Foreign Exchange (SAFE) announced on 7 April that China’s foreign reserves stood at USD$3.0606 trillion at the end of March, for a decline of $46.1 billion compared to the end of February.

The end of March figure marked a decline of $47.3 billion yuan, or 1.5%, compared to the start of the year.

SAFE chief economist Wang Chunying (王春英) imputed the decline in China’s foreign reserves since the start of the year to the accelerating spread of the novel coronavirus globally, and large-scale declines in global crude oil prices.

According to Wang at present China’s forex market is stable overall, while forex supply and demand are basically balanced.

END_OF_DOCUMENT_TOKEN_TO_BE_REPLACED 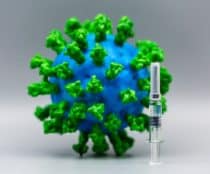 Shanghai-based fintech veteran Rich Turrin says that despite the widespread association between distributed ledger technology and cryptocurrencies, China’s hotly awaited digital renminbi will not be based on blockchain technology. In an interview with China Ba... END_OF_DOCUMENT_TOKEN_TO_BE_REPLACED

The future of money is being rewritten in Asia Disruptions that began with technological and business model innovations in other places are expressed in new ways in Asia. In banking, payments and retail, Asia is leading the wave of disruption. In each case, th... END_OF_DOCUMENT_TOKEN_TO_BE_REPLACED