The Chinese central bank has launched large-sum cash management trials in northern China’s Hebei province, as part of a two year pilot scheme that will also involve Hangzhou and Shenzhen.

The Hebei trials involve the imposition of cash management requirements starting from 100,000 yuan (approx. USD$14,148) for private accounts and 500,000 yuan for public accounts.

They will also be required to clearly note the usage of the withdrawal and the sources of deposits, as well as enter this information into a large-sum cash management system.

According to an announcement from the Shijiazhuang branch of the People’s Bank of China (PBOC) the general requirement for large-sum cash management is to “protect reasonable demand, curb unreasonable demand, and suppress illegal demand.”

“In actual life, a 100,000 yuan starting point for large-sum cash management of private accounts will not markedly affect the daily economic activity of the public,” said a PBOC representative in Shijiazhuang.

Following the launch of trials in Hebei, they will be ex­tended to Zhe­jiang province and Shen­zhen mu­nic­i­pal­ity starting from 1 October.

END_OF_DOCUMENT_TOKEN_TO_BE_REPLACED

ShareTweetShare on Google+Pin on PinterestSend with WhatsApp
46 recommended 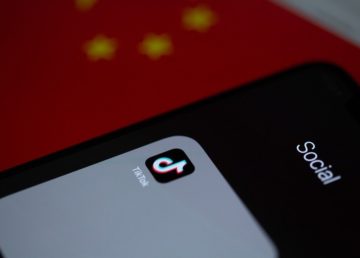 TikTok-owner ByteDance is reportedly planning a foray into the finance sector of Hong Kong. END_OF_DOCUMENT_TOKEN_TO_BE_REPLACED

The future of money is being rewritten in Asia Disruptions that began with technological and business model innovations in other places are expressed in new ways in Asia. In banking, payments and retail, Asia is leading the wave of disruption. In each case, th... END_OF_DOCUMENT_TOKEN_TO_BE_REPLACED