A new report from the China Banking Association (CBA) sheds light on the health of China’s listed lending institutions as of the start of the year.

Of these 51 banks 4 are global systemically important banks, and 13 are amongst the world’s top 500 financial institutions.

As of the end of 2019 their total assets were 196.47 trillion yuan, for an increase of 8.91% compared to the start of the year, accounting for 82.04% of total commercial banking sector assets in China.

At the end of 2019 listed Chinese banks had extended a total of 107.4 trillion yuan in loans, for an increase of 12.02% compared to the start of the year.

The average provisions coverage ratio was 246.01%, for an increase of 11.43 percentage points compared to the start of the year.

Chi­nese Banks Crack Down on Use of Per­sonal Credit Cards for Real Es­tate In­vest­ment, Stock Spec­u­la­tion

END_OF_DOCUMENT_TOKEN_TO_BE_REPLACED

ShareTweetShare on Google+Pin on PinterestSend with WhatsApp
28 recommended 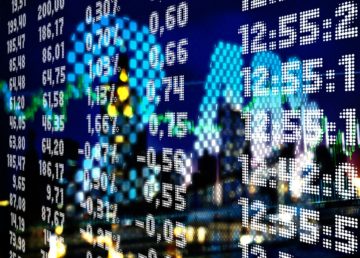 Chinese brokerages have seen a sharp plunge in their net profits in August compared to the preceding month. END_OF_DOCUMENT_TOKEN_TO_BE_REPLACED

The latest official data indicates that the benchmark Loan Prime Rate (LPR) currently serves as the basis for pricing of the vast majority of outstanding floating rate personal home loans and enterprise loans, just a year following the launch of reforms to inc... END_OF_DOCUMENT_TOKEN_TO_BE_REPLACED