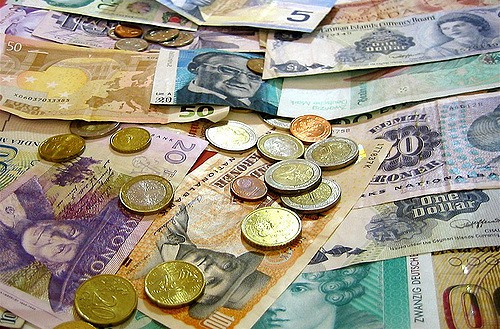 China’s foreign reserves edged lower last month, as a rise in US bond yields led to declines in the pricing of key sovereign debt.

Official data released by the People’s Bank of China (PBOC) on 7 October indicates that China’s foreign reserves were USD$3.087 trillion as of the end of September, for a decline of $22.7 billion compared to the end of August, or a reduction of 0.7%.

“Valuation changes were the key factor behind the decline in foreign reserves in September, said Guan Tao (管涛), a senior researcher with the China Finance 40 Forum to state media, who pointed in particular to the US Fed’s September rate hike and a rise in yields for US debt.

This led to a decline in the prices of key sovereign bonds held by Beijing, and an ensuing dip in foreign reserves.

Wang Chunying (王春英), a spokesperson for the State Administration of Foreign Exchange (SAFE) said that the US Dollar Index remained stable overall in September, while key non-US dollar exchange rates saw both gains and declines.

The overall effect of factors such as shifts in exchange rates and asset prices was a modest decline in China’s foreign reserves.

Following the implementation of a third rate hike in 2018 by the US Fed at the end of September, the Chinese central bank announced on 7 October that it would launch a fourth cut to the required reserve ratio for the year.

The 100 basis point cut effective from 15 October is expected to unleash 1.2 trillion yuan in liquidity, for a net injection of 750 billion yuan (USD$109.2 billion) given that it coincides with the maturation of 450 billion yuan in medium-term lending facilities (MLF).

On 20 September PBOC executed a memorandum of cooperation with the Hong Kong Monetary Authority, which will enable it to issue central bank notes to adjust offshore renminbi liquidity and raise costs for short-sellers.

“In future China’s cross-border capital flows and foreign reserves are expected to remain stable,” said E Yongjian (鄂永健), an analyst from the Bank of Communications.