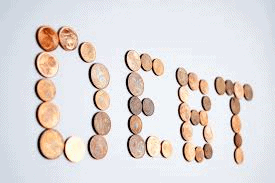 The People’s Bank of China (PBOC) plans to conduct a widespread survey of debt levels amongst Chinese households in order to better identify risk source and potential means of driving consumption.

The survey will commence in the middle of October, and cover 30,000 households around China according to information from PBOC.

In addition to assessing household debt levels the survey will also seek to determine exposure to the property market and potential impacts of a downturn upon the nationwide finance sector.

Domestic analysts have said that property assets are the biggest source of concern, as well as the risk created by a decline in property prices.

PBOC said that the survey will enable it to determine household debt levels and repayment capabilities with greater accuracy and precision, serving as a basis for economic decision-making in future.

Household debt to GDP levels in China lifted by 2.1 percentage points in the first half of 2019 to reach 55.3%, according to figures from the National Institution for Finance and Development (NIFD).