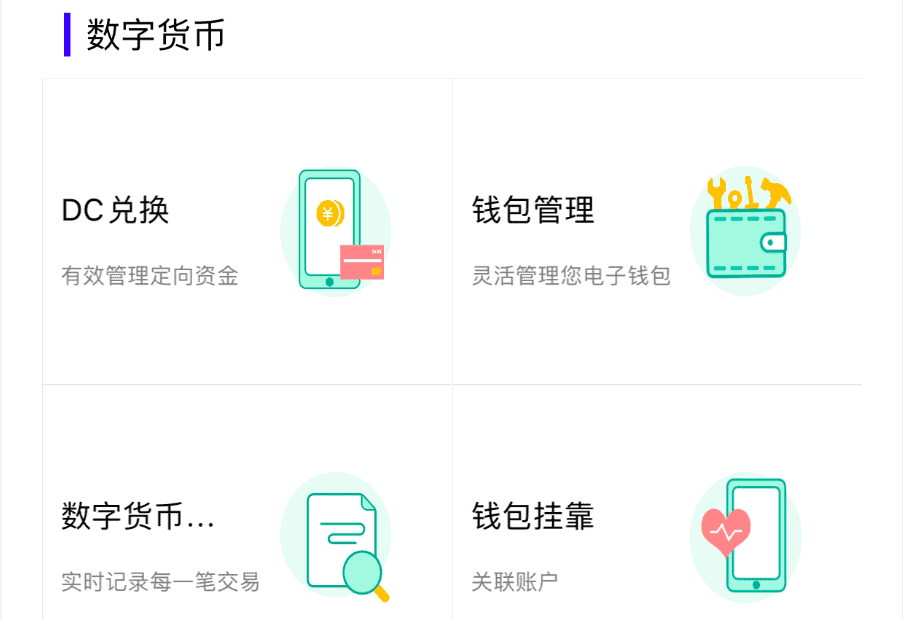 One of China’s big state-owned banks has launched the trial version of a mobile app that appears to support the People’s Bank of China’s (PBOC) proposed central bank digital currency (CBDC).

The wallet app made available by the Agricultural Bank of China (ABC) contains a slew of features for a digital currency – presumably PBOC’s CBDC given that Chinese authorities cracked down on domestic cryptocurrency transaction back in September 2017.

These functions include exchange of digital currency, wallet management, real time recording of transactions and connection to other accounts.

At the time of writing these features are still inaccessible to the general public however, with ABC’s system refusing account registration unless applicants are on a “white list” of approved users.

PBOC first flagged the “imminent” release of a statutory digital currency back in August 2019.

ABC is one of at least 15 other financial institutions and firms collaborating with PBOC in the development of a statutory digital currency, along with In­dus­trial and Com­mer­cial Bank of China (ICBC), Bank of China (BOC), China Con­struc­tion Bank (CCB), China Mo­bile, China Tele­com, China Uni­com, Ten­cent and Huawei.

Prior reports point to Shenzhen and Suzhou being the likely trial cities for testing of the CBDC, with all of China’s original big four state-owned banks (ABC, BOC, CCB and ICBC) participating directly.