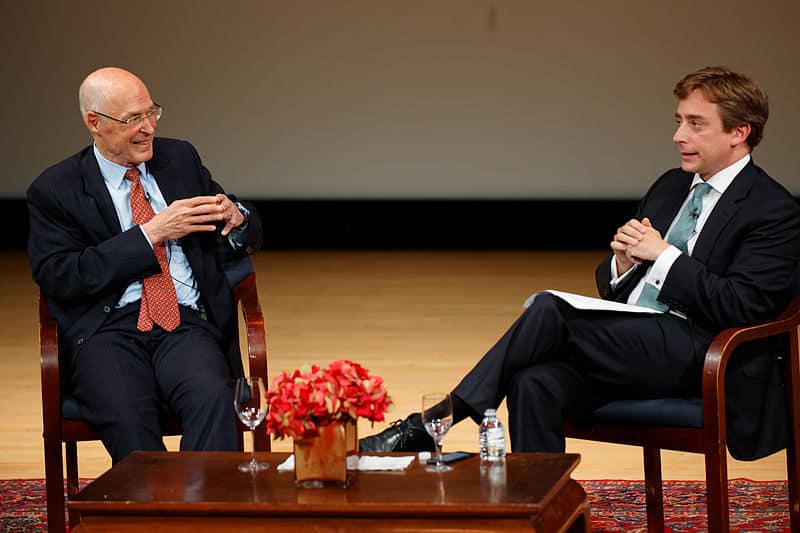 Former US treasury secretary and CEO of Goldman Sachs Hank Paulson says that the launch of a central bank digital currency (CBDC) by the People’s Bank of China (PBOC) will not abet the ascent of the renminbi to the status of a global reserve currency that could rival the US dollar.

In an article written for Foreign Affairs Paulson said that the long-term position of the dollar as the primary global reserve currency is a “historic anomaly” which has conferred the US with a slew of advantages.

These include cheaper dollar assets, the ability to rack up larger trade deficits, lower exchange-rate risk, heightened liquidity for US financial markets, and enhanced access to dollar funding for American banks.

The renminbi is the most likely candidate to rival the greenback as the primary reserve currency, given the rise of the Chinese economy in tandem with greater efforts to internationalise the renminbi.

“Over time, the international monetary system will likely once again give relatively equal weight to two or more global reserve currencies,” wrote Paulson.”The RMB is a chief contender.”

While many have touted the launch of a CBDC by PBOC as potential game changer for the renminbi, Paulson believes that this will not abet its position as an international currency in the absence of other changes to the Chinese economy.

“There is no need to exaggerate the impact of a Chinese digital reserve currency on the U.S. dollar,” wrote Paulson. “Beijing still has major hurdles to overcome before the RMB can truly emerge as a primary global reserve currency.”

Paulson pointed to the need for “transformative measures” that will make China a more market-driven economy, including improvements to corporate governance and more efficient and internationally trusted financial markets, culminating in the elimination of capital controls and the transformation of the renminbi into a fully market-determined currency.

“A central bank–backed digital currency does not alter the fundamental nature of the RMB,” wrote Paulson.

“Although the Chinese central bank could launch a digital currency as early as this year, the headlines exaggerate how transformational it will actually be.

“Those who worry that this development might herald the end of U.S. dollar primacy misunderstand that while the form of money may be changing, its nature has not.

“China’s prospects for reserve currency status depend on the same set of factors that apply to the issuer of that currency.”

Paulson called for the US to prioritise maintaining the economic conditions underpinning the status of the dollar as primary reserve currency – chiefly amongst them a strong economy and transparent political system.

A recent report from JP­Mor­gan Chase & Co pointed to the potential in general for CBDC’s to undermine the hegemonic position of the dollar.

A se­nior of­fi­cial from PBOC first an­nounced in Sep­tem­ber 2019 that the launch of a Chi­nese CBDC was all but “im­mi­nent” fol­low­ing a five year pe­riod of re­search and de­vel­op­ment.

In late April PBOC an­nounced that it had com­menced in­ter­nal test­ing of its CBDC – also re­ferred to as the Dig­i­tal Cur­rency/ Elec­tronic Pay­ments (DC/​​EP) sys­tem, at mul­ti­ple cities around China in­clud­ing Shen­zhen, Suzhou, Xiong’an and Chengdu.