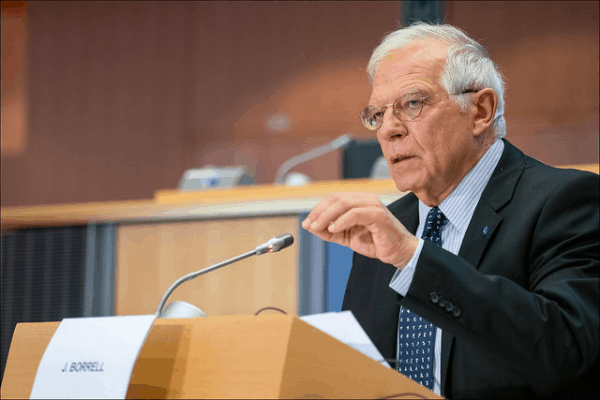 The foreign policy chief for the European Union (EU) has flagged the maintenance of ongoing commercial ties with China despite concerns over recent efforts by Beijing to strengthen its sway over Hong Kong.

On 28 May China’s National People’s Congress (NPC) unveiled plans to draft a National Security Law directed at the political unrest that has continued in Hong Kong since 2019.

In an official press release the EU expressed “grave concern” over the potential for the law to “undermine the ‘One Country Two Systems’ principle and the high degree of autonomy of the Special Administrative Region of Hong Kong.”

Subsequent remarks made by Josep Borrell, the EU’s foreign policy chief, however, signalled the maintenance of close economic ties with China.

Borrell said that the national security law would not imperil European investment deals in China, or a proposed EU-China summit scheduled for September in the Germany city of Leipzig.

Borrell made the remarks to journalists at a video press conference following a virtual meeting with EU foreign affairs ministers.

The EU’s top diplomat also said that he didn’t “think that sanctions are the way to solve our problems with China,” and pointed out that “only one country made reference to the question of sanctions,” in reference to Sweden.

“We will continue trying to put pressure on the Chinese authorities in order to make them aware that this issue will affect the way we deal with some of the issues of mutual interest,” said Borrell. “But there is nothing more on the agenda.”

NetEase Could List in Hong Kong by June, Raise up to USD$2 Bil­lion