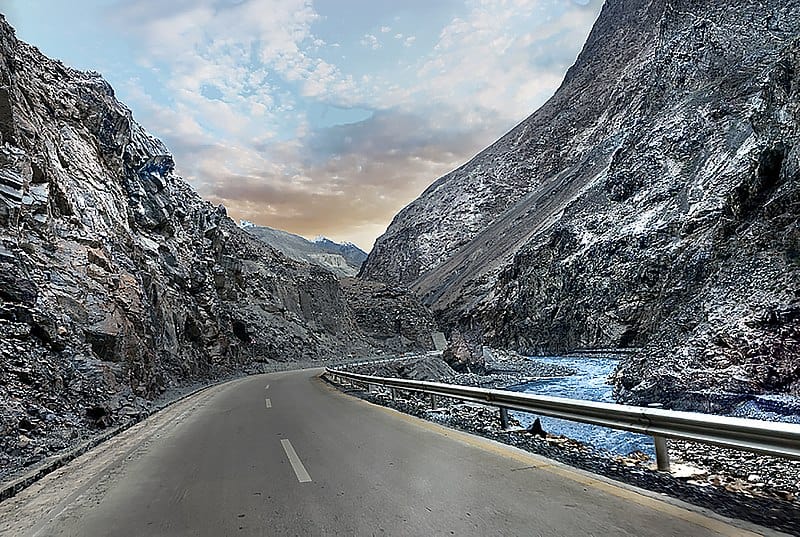 The COVID-19 pandemic has exposed a number of key weaknesses in Xi Jinping’s Belt and Road Initiative (BRI) according to a leading expert on the trade and infrastructure undertaking, and could contribute to China becoming more inwards looking in future.

In an interview with China Banking News Andre Wheeler, author of China’s Belt Road Initiative, said that while BRI promises to bring tremendous benefits to participating nations, the COVID-19 pandemic has served to weaken the trust that underpins it.

“Foreign investment and mutual trade with China has beneficial gains,” said Wheeler. “However, the devil is in the details as to what form this takes.

“I have been in favour of the BRI as it has enabled underdeveloped countries to emerge from poverty through infrastructure that creates access
to markets and better commercial opportunities through development.

“While criticised by the West as being ‘debt diplomacy,’ these claims are largely unfounded.”

“COVID-19, however, has exposed the soft underbelly of the BRI, particularly around a re-evaluation of China’s intent, resulting in a breakdown in trust.

“It has raised questions as to whether the projects are underpinned by win-win and shared human destiny prognostications.

“In particular it raises questions around the efficacy of the development model underpinning the BRI. Questions are being asked around the transparency and equality of gains of BRI projects.

“Disruptions in projects has created a greater awareness of BRI project labour resourcing, equipment and machinery supplies, many of which are being sourced out of China.”

These doubts have become an especially keen issue given the global reach of the COVID-19 pandemic, which has led to project delays in all affected nations.

“With 133 countries imposing entry restrictions, including countries such Indonesia, Malaysia and Cambodia, scrutiny has shifted to a closer look as to the reasons for these project delays,” said Wheeler.

“There are examples of questioning of the efficacy of the BRI development model. In Indonesia, the China Railway International Group’s USD$6 billion high speed rail project has slowed, as has the Zheijiang Huayuo Cobalt mine.

“With 300 Chinese employees still stranded in China, questions are now being asked as to why locals can’t replace them in these key positions that would enable progress? Why are there no local equipment suppliers?

“The Cambodian Sihanoukville’s special economic zone is a project that includes 160 local businesses employing 20,000 locals. It is currently quiet, mainly because 60% of raw material supplies come from China, and these supply chains are now broken.

“Issues have morphed from socio- economic considerations to questioning the geo-political intent of the BRI.”

As a consequence regional alignments could undergo a major shake-up, with other Asian nations coming together to counter China’s influence.

“What I have noticed is the development of what I call ‘The Asian Axis’ to curtail the outward growing influence of China through Asia,” said Wheeler.

“South Korea, India , Japan, Vietnam, Thailand and the Philippines are actively encouraging a decoupling from China. For example, Japan is offering up to USD$2 billion to encourage Japanese manufacturers to move out of China.

“This should not be seen as a trade war, but more of a realignment of interests to reduce the reliance on China.”

Wheeler said that it will be difficult for China to resuscitate the health of BRI in the short-term via greater investment, given COVID-19’s impact on its own domestic economy.

These impacts have also undermined support for the initiative within Chinese policy circles, with calls for a greater focus on underdeveloped areas within China.

“There is limited capability for China to step up investment and trade as their domestic markets have been hard hit, with unemployment levels escalating,” said Wheeler.

“Even before COVID, China was reducing the amount of outward BRI investment to focus on local markets – partly driven by internal rumblings questioning why the BRI was favouring externalities rather than reducing the poverty and underdevelopment of the western regions of China.

“Recent announcements within China have seen a renewed focus on developing their western areas. There are also indications that whilst the BRI is Xi Jinping’s brainchild, CCP party members are pushing for less BRI and more internal development, particularly ports, rail, security, social order and industrial zones supported by faster digital connectivity.

“There is a draft policy document called the ‘New Era’ that covers 33 guidelines, with the BRI being listed towards the end of that list – well below the priorities of poverty elimination and maintaining social cohesion.

“The 13th plenary session was at pains to highlight that the landscape has changed and that there is a need to shift from Xi Jinping’s ‘China Dream’ to that of a ‘New Era.’

“However the nuances emerging from this suggests a strong focus on national security and high tech. This suggests a more inward-looking China.”

Wheeler does see China pursuing soft measures to mend any damage to BRI incurred as a result of COVID-19.

“China has tried to repair the reputational damage caused by the COVID-19 outbreak – in particular, the focus has been to address trust issues around the BRI,” said Wheeler.

“Soft diplomacy and people-to-people counter measures have become the focal point of China. This is no better encapsulated than by the resurrection of Health Silk Road (HSR).

“Initially proposed eight years ago, the HSR was quarantined after rejection by world bodies.

“Besides being portrayed as China’s contribution to solving the Covid-19 pandemic through sharing their experience on epidemic control and treatment plans, it has also been rebirthed under the banner of the BRI.

“The BRI infrastructure network is being showcased as the mechanism by which medical and humanitarian aid can be delivered, not just to BRI participant countries, but to all of those affected.

“They are quick to point out that the BRI infrastructure has enabled protection suits, face masks and test kits to being delivered to 54 countries in Africa, as well as Italy and Spain.”