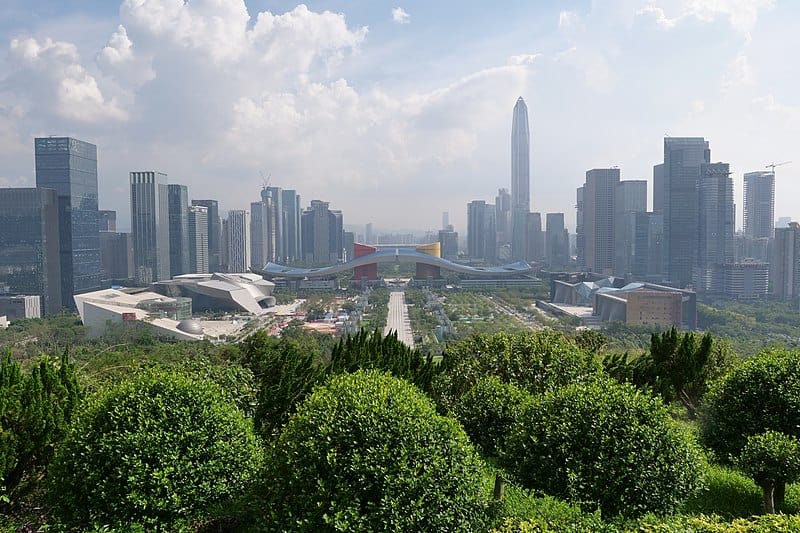 The southern Chinese tech hub of Shenzhen is using a lottery system to distribute the digital renminbi to local citizens.

Officials in the Shenzhen district of Luohu have announced that they will distribute a total of 50,000 digital “red packets” each containing 200 yuan (approx. USD$30) in the central bank digital currency (CBDC) to Chinese citizens based in Shenzhen who register for the lottery.

The 10 million yuan lottery is being run via iShenzhen – a blockchain-driven public services platform operated by the Shenzhen municipal authorities, with winners to be announced on Sunday 11 October.

Winners will be able to claim their “red packet” (the envelope traditionally used to gift money during Chinese New Year) via an official Digital Renminbi App that will be accessible via a link sent to them directly.

The money in the app cannot be transferred to other individuals or into standard bank accounts, but can only be used to make purchases during the period from 12 – 18 October at 3,389 select retailers in the Luohu District, in a bid by local authorities to spur consumption in the wake of COVID-19.

The Chinese central bank announced in April 2020 that it had commenced trials of the CBDC in four cities around China including Shenzhen, Suzhou Xiong’an and Chengdu, following a five year research and development period that kicked off in 2014.

Authorities have yet to provide a firm date for official release however, despite announcing in September that the “conditions are ready for deployment.”