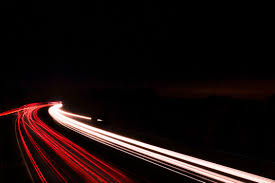 One of China’s senior-most economic policymakers has written an essay for the People’s Daily that sheds light on the goals and priorities of the recently unveiled Dual Circulation development strategy.

The fifth plenary session of the 19th Central Committee of the Chinese Communist Party held at the end of October announced that “dual circulation” (双循环) would be the main new development theme for the 14th Five Year, slated to run from 2021 to 2025.

In an essay entitled “Accelerating the Establishment of New Development Conditions under which Domestic Primary Circulation is the Main Actor and Domestic and International Circulation Reciprocally Expedite Each Other” (加快构建以国内大循环为主体、国内国际双循环相互促进的新发展格局), Liu He (刘鹤), Chinese vice-premier and head of the Financial Stability and Development Committee (FSDC), provides further detail on the significance and specifics of the new development policy.

“[Dual circulation] will be China’s economic development strategy for the 14th Five Year Plan and beyond,” writes Liu in the essay published by the People’s Daily on 25 November, highlighting its pivotal significance in three key regards: