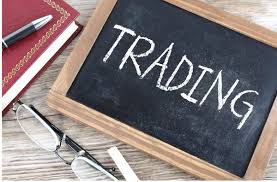 China has just seen the completion of the first batch of margin trades supported by foreign invested banks licensed to conduct domestic operations.

29 December marked the first trading day that global investors have been officially permitted to engage in margin trading on the Shanghai and Shenzhen stock exchanges, following the launch of new rules for Qualified Foreign Institutional Investors (QFII) at the start of November.

Securities Journal reports that on the same date Standard Chartered China announced that it had served as the QFII custodial bank supporting the first batch of margin trades made by a global investor on the Chinese A-share market.

Standard Chartered said it helped a large-scale offshore institutional investor to complete QFII margin trades involving multiple shares on the main boards of the Chinese bourses, as well as Shenzhen’s ChiNext Board and Shanghai’s STAR Board.

The Measures are considered a major amendment that unify mechanisms for QFII and renminbi QFII (RQFII), expand the investment scope and facilitating participation by global investors in China’s capital markets.

“The new regulations open up more investment options to QFII’s, including margin trades that foreign institutional investors are most interested in and make the most inquiries about,” said Hu Ye (胡烨), head of Standard Chartered China’s securities services department.

Prior to this Citibank China also successfully completed the first refinancing securities loan transactions (转融通证券借贷) on 2 November for a QFII client.

“These new investment tools will enable global investors to be able to execute more flexible and diverse investment strategies, helping them to increase their potential investment returns, as well as providing more tools to hedge against market risk,” said Cai Meizhi (蔡美智), an executive from Citibank China.

As of the end of September 2020 the total market value of A-shares held by QFII and RQFII’s was 195.727 billion yuan (approximately USD$30 billion).