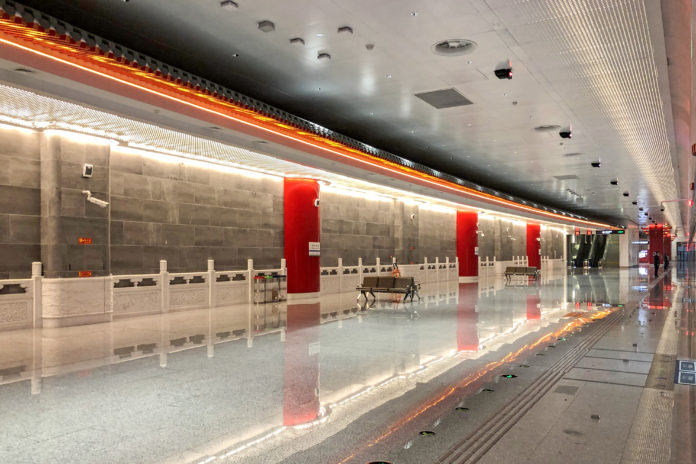 Beijing has launched trials for the use of the digital renminbi with wearable devices to make payments for metro fares.

The first group of passengers to take part in the trial were participants in an international figure skating event, who were given the opportunity to pay for their fares via digital renminbi embedded in pairs of electronic ski gloves.

Passengers only needed to tap the ski gloves at turnstiles within the metro station in order to pay for their fares and gain access to transportation facilities.

The wearable devices make use of near field communications (NFC) to process the transaction, employing a technological solution that enables digital renminbi exchanges between devices even in the absence of Internet connections.

The metro system trial is part of broader plans to incorporate the use of the digital renminbi at sites for the Beijing 2022 Winter Olympics.

It also coincided with the launch of another digital renminbi pilot scheme in Beijing, this one at the Slow Cat Cafe in the Lize Financial Business District.

PBOC an­nounced at the end of April 2020 that it had com­menced in­ter­nal test­ing of the digital renminbi at lo­ca­tions in­clud­ing Shen­zhen, Suzhou, Xiong’an New Dis­trict and Chengdu, as well as at sites for the Win­ter Olympics.

Since September the Beijing municipal government has flagged efforts to launch its own digital renminbi trial zones, as well as expand the regional digital finance sector.