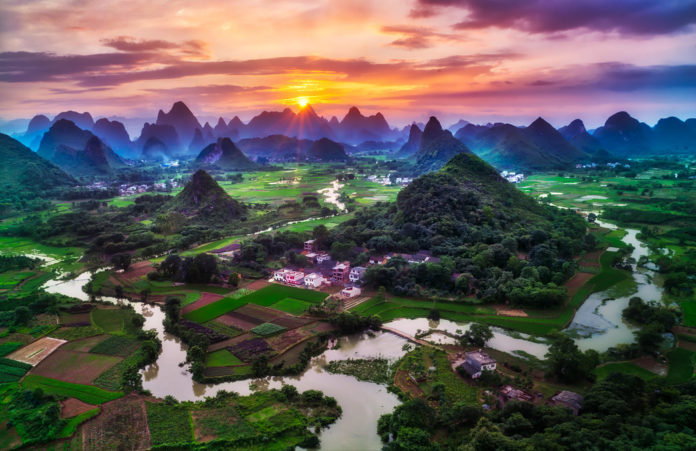 A leading regional lender in Guangxi province has seen its operations either closely approach or outright breach thresholds set by Chinese regulators, as one of its chief executives is placed under investigation.

Bank of Guilin’s loan concentration, asset quality and capital adequacy ratios are all perilously close to the “regulatory red lines,” according to a credit ratings report from Dagong Global Credit Rating.

Its largest client accounted for 9.55% of the bank’s loans as of the end of September 2021, while its top ten clients account for a 50.80% share, ahead of the 50% threshold set by China’s banking regulators.

As of September Bank of Guilin’s non-performing loan ratio was 1.89% – for a marked rise compared to the preceding quarter, while its provisions coverage ratio was just 131.23%, which Dagong points out remains comparatively low.

The trial version of China’s “Commercial Bank Capital Administrative Measures” (商业银行资本管理办法（试行）) sets a minimum capital adequacy ratio of 10.5%, as well as minimum of 8.5% for tier-1 capital and 7.5% for core tier-1 capital.

Bank of Guilin also recently saw one of its former senior executives toppled in relation to corruption allegations.

Guangxi province authorities announced on 28 January that Qing Yixin (卿毅新), formerly the vice-president of Bank of Guilin and one of its party committee members, had been placed under investigation by Guilin investigators for suspected severe breaches of discipline and law.

59 year-old Qing served with Bank of Guilin as vice-president from 2007 to April 2020, when he tendered his resignation for personal reasons.

Bank of Guilin’s annual report for 2020 indicates that Qing and his family members were involved with a total of 7 companies that engaged in affiliate transactions with the lender, receiving total credit of 1.56 billion yuan.