The report from the Zhuge Zhaofang Data Research Centre (诸葛找房数据研究中心) indicates that the rent for a single bedroom apartment for one month in China’s first-tier cities currently accounts for over 60% of the average monthly income.

In four cities – Shanghai, Beijing, Shenzhen and Sanya, the rent-to-income ratio for a single bedroom apartment rises to over 90%.

Average monthly rent for a single bedroom apartment was over 3000 yuan in all ten of the Chinese cities that posted the highest rent-to-income ratios.

The Zhuge report’s findings were based upon home rental data from April 2019, and average income data for Chinese urban residents in 2018 released by the National Bureau of Statistics.

Rent-to-income ratios are far more reasonable in certain second-tier cities that have launched policies to attract talented workers, with a ratio of less than 35% for a single bedroom-apartment in Wuxi and Changzhou, and as little as 15% for shared accommodation in these cities.

END_OF_DOCUMENT_TOKEN_TO_BE_REPLACED

The future of money is being rewritten in Asia Disruptions that began with technological and business model innovations in other places are expressed in new ways in Asia. In banking, payments and retail, Asia is leading the wave of disruption. In each case, th... END_OF_DOCUMENT_TOKEN_TO_BE_REPLACED 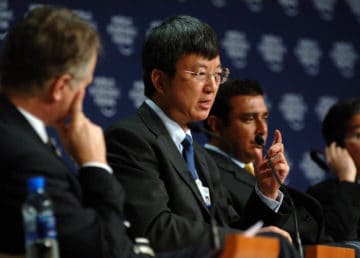 One of China’s top economists has called for the central bank to stay the course when it comes to monetary policy. END_OF_DOCUMENT_TOKEN_TO_BE_REPLACED