One of the senior-most officials at the China’s securities regulator has flagged efforts to expand A-share investment from foreign institutional investors.

“I think that a very important matter is allowing foreign-invested institutions to hold 100% of equity in Chinese [companies] starting from 1 April this year,” said Fang.

Fang made the remarks at the 2020 Davos Forum, during a discussion on trends in China’s capital markets.

According to Fang the market share of foreign institutional investors in China is rising very rapidly, and Chinese A-shares are a market “highly deserving of investment” for overseas capital.

Fang pointed out that while retail investors originally dominated the A-share market, institutional investors are now

rapidly rising in prominence. As of the end of last year institutional investors accounted for a 20.6% share of China’s A-share market, as compared to 17.5% in 2018.

“Which institutional investors are expanding most rapidly in China? Foreign-invested institutions,” said Fang.

Fang further pointed out that the scale of financing provided by China’s capital markets was still comparatively small at perhaps just 10% and that direct financing needed to expand in scale.

END_OF_DOCUMENT_TOKEN_TO_BE_REPLACED

The People’s Bank of China (PBOC) has unveiled a list of its key work missions in relation to financial markets for 2020. END_OF_DOCUMENT_TOKEN_TO_BE_REPLACED 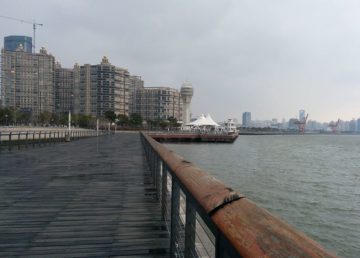 The sale of a chunk of the Xuhui Riverside has just set a new record for a single land sale in China. END_OF_DOCUMENT_TOKEN_TO_BE_REPLACED