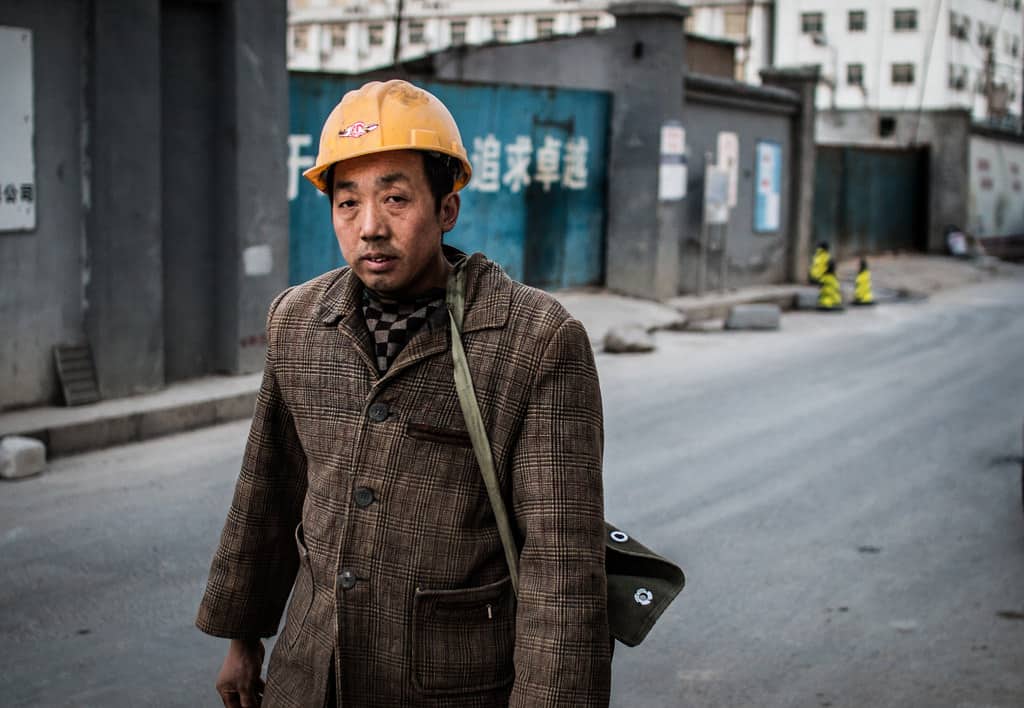 One of China’s big four state-owned banks is turning to the use of blockchain technology to help ensure that rural migrant workers in Guangdong province are paid in full and on time.

China Construction Bank has teamed up with Jianxin Kaitaiping (建信开太平) to officially launch the the “Rural Worker Inclusive Services Platform” (农民工普惠服务平台) in the Guangdong province capital of Guangzhou.

The platform uses blockchain technology to help ease the financial difficulties of enterprises, as well as problems with the payment of salaries to migrant workers.

Because contractors and sub-contractors in China are usually required to pay “startup funds” in advance, it’s standard practice for rural workers to only draw 2000 to 3000 yuan in basic living expenses each month, before obtaining the rest of their full salary either during China’s Mid-Autumn Festival or its Spring Festival.

This is a key source of problems with delays in payments to Chinese labourers or failure to make full payment.

“The problem of delayed payment of salaries to rural migrant workers is extremely widespread in the construction industry, and in the more than 20 years that I’ve been working I’ve never seen the issuance of full monthly payments,” said one Guangzhou-based construction worker to 21st Century.

“Two to three thousand yuan in living fees are usually paid each month, and every two to three months when money is insufficient another three to five thousand yuan is paid as appropriate. The remaining 70,000 to 80,000 yuan in payment is usually settled during the New Year period.

“Because of labour law protections it’s not that common any more for bosses to abscond without making payment, but it’s still definitely very difficult to secure full payment on time.”

The new blockchain-based payments platform employed by CCB enables labour sub-contractors to convert their payments receivable from construction companies into cash in advance, ensuring that payments to labourers are promptly paid.

“Labour companies rely upon the electronic payment commitments made by construction contracting companies to apply for cash in advance from CCB,” said an executive from the bank.

“CCB guarantees the payment and usage of the funds, as well as dispenses salaries to rural migrant workers in accordance with salary issuance requirements.”

The system also makes use of facial recognition technology to gather work attendance data and use it as the basis for the issuance of payments to workers.

CCB hopes that the new blockchain salary service it’s launched will help to provide salary-related financing to around 10 million rural migrant workers over the next several years.