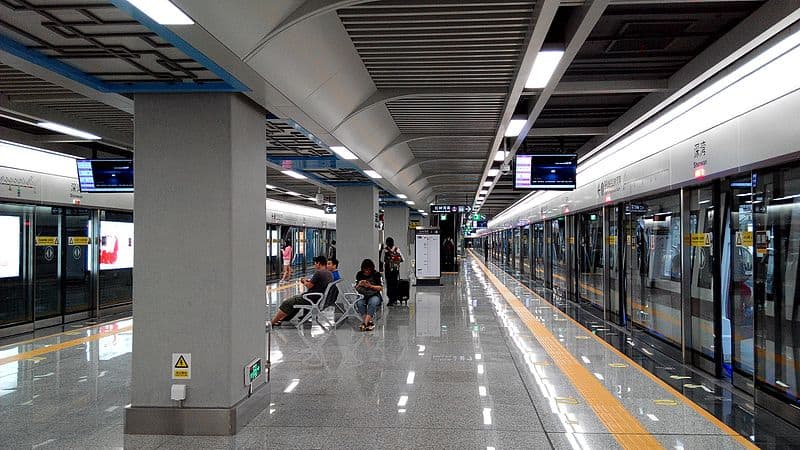 China’s first urban transit blockchain e-fapiao was issued at the Futian Station of the Shenzhen metro network on 18 March, marking the official launch of the system according to an online press released issued by Tencent Financial Technology.

Passengers who use Tencent’s QR codes to ride the Shenzhen metro system can now obtain blockchain-based electronic fapiao at the press of a button.

Following the conclusion of each trip on the Shenzhen metro passengers can issued a fapiao by clicking the “Inspect Ride Record” (查看乘车记录) on Tencent’s WeChat app.

The service is also available for other forms of transportation in the city, including taxis and airport buses.

The Shenzhen municipal tax authorities have been trialling blockchain e-fapiao in collaboration with Tencent, , who developed the underlying blockchain technology, and Hainan Gaodeng Tech (高灯科技) who are providing the “industrial solution plan.”

Shenzhen Metro Group, MTR Corporation (Shenzhen), and GRG Banking also worked with the Shenzhen tax department in the development of blockchain e-fapiao for use on public transportation.

“Blockchain e-fapiao are a new convenient, environmentally friendly service that are integrated with the Shenzhen metro passenger QR codes, and further upgrade the smart travel experiences of users

Tencent’s passenger QR codes for the Shenzhen metro system were officially launched on 8 May 2018.

As of November 2018 they were available at all turnstiles on the Shenzhen metro system, with the number of passenger QR code users exceeding 11 million.

The launch of the blockchain e-fapiao system is expected to dramatically reduce the number of paper invoices printed out by the Shenzhen metro, which is estimated to be around 160,000 per day.