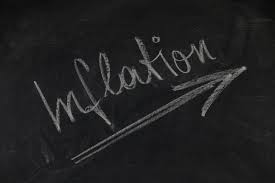 Leading analysts in China expect inflation growth to accelerate to around 2% for the month of April.

Dong Qi (董琦), chief macro-analyst with Guotai Jun’an, said to state-owned media that China’s consumer price index can be expected to see year-on-year (YoY) growth of 2.0% in April, for a rise of 0.5 percentage points compared to March.

Li Chao (李超), chief economist with Zheshang Securities, forecasts an on-month rise in China’s CPI of 0.3%, and YoY rise of 2.1%, as increases in demand drive prices for fruit, vegetables and eggs higher.

A high-frequency simulation from Tengjing Macro Economics (腾景宏观经济) also sees April CPI rising to above the 2% threshold in YoY growth, before subsequently warming up further.