The People’s Bank of China (PBOC) is keeping up the pressure on the Chinese payments sector with the issuance of fines worth more than a million yuan to ten Shanghai-based payments companies.

The total value of the administrative penalties issued by PBOC was 1.02 million yuan.

According to a report from National Business Daily most of the companies have prior records of administrative penalties, with Fuyou incurring multiple fines in the past, including a 30,000 yuan fine in August 2017 from PBOC, and a 50,000 yuan fine from the State Administration of Foreign Exchange in July.

In addition to administrative penalties, payments company Shenxin has also been included in a list of “dishonest” traders by the Jiangsu province Jinhu county people’s court.

In February 2012 Shenxin was officially registered with Shanghai Equity Exchange (SEE), and in the same year it obtained a payments operating license from PBOC.

The latest round of fines in Shanghai arrives following efforts by PBOC to step up the pressure on the payments sector since the start of the year.

END_OF_DOCUMENT_TOKEN_TO_BE_REPLACED 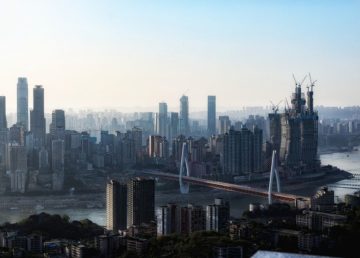 China’s banking regulators have given the go-ahead to the launch of a consumer financial vehicle in the central Chinese mega-city of Chongqing by fintech giant Ant Group. END_OF_DOCUMENT_TOKEN_TO_BE_REPLACED

The latest official data indicates that the benchmark Loan Prime Rate (LPR) currently serves as the basis for pricing of the vast majority of outstanding floating rate personal home loans and enterprise loans, just a year following the launch of reforms to inc... END_OF_DOCUMENT_TOKEN_TO_BE_REPLACED