The adjustment will also see a corresponding increase in the ceiling for cross-border financial risk weighting, which authorities hope will facilitate the use of international financing sources by domestic companies, with an especial focus on small and privately run businesses.

“At present China’s external debt scope and structure is comparatively rational, and external debt risk is under control overall,” said SAFE in an official statement.

“Raising the macro-prudential adjustment parameter will both facilitate cross-border financing by domestic institutions, without triggering a large-scale rise in external debt levels.

END_OF_DOCUMENT_TOKEN_TO_BE_REPLACED

The future of money is being rewritten in Asia Disruptions that began with technological and business model innovations in other places are expressed in new ways in Asia. In banking, payments and retail, Asia is leading the wave of disruption. In each case, th... END_OF_DOCUMENT_TOKEN_TO_BE_REPLACED 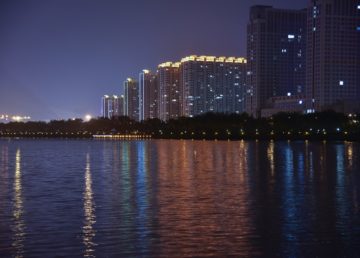 Chinese regulators hope that the further growth of governmental financial guarantee agencies will help to facilitate lending by commercial banks to small businessdx and the agricultural sector. END_OF_DOCUMENT_TOKEN_TO_BE_REPLACED