The head of one of China’s big state-owned banks said that digitisation of the renminbi will be a necessary part of efforts to internationalise the Chinese currency in the digital era.

In a speech delivered on 25 July at the 2020 International Monetary Forum in Beijing Liu Jun (刘珺), president of the Bank of Communications, said that the COVID-19 pandemic had “deeply changed the international environment faced by China.”

According to Liu comprehensive containment of China had already becoming the medium and long-term policy of the US, bringing with it a heightened risk of decoupling.

Internationalisation of the renminbi has thus become imperative as a means of securing international trade and payments, with Liu pointing to digitisation as playing a critical role in this process:

Classic monetary internationalisation theory has met with implementation challenges. Digital technology not only expedites the rapid growth of digital economies, it also brings changes to monetary trust mechanisms. The future international monetary system will not only be comprised of sovereign money, it will also be a new situation jointly produced and reciprocally interwoven by digital money and sovereign currency.

The internationalised 2.0 version of the renminbi will inevitably inject the factor of digitisation into systems competition.

Liu further points out that internationalisation of the renminbi must give consideration to the development and changes of digital currencies, with key factors including:

A senior official from the China Securities Regulatory Commission (CSRC) recently highlighted the need for further internationalisation of the renminbi, due to concerns over the potential for the US to apply sanctions upon China akin to those in force against Russia.

The People’s Bank of China (PBOC) is currently conducting tests of its Central Bank Digital Currency (CBDC) after first commencing research on the project in 2014. Domestic analysts have speculated on a broader roll out by as soon as the end of this year.

Shanghai-based fintech expert Rich Turrin said to China Banking News that a CBDC is likely to expedite internationalisation of the renminbi by permitting Beijing to deploy a more gradual and nuanced opening of China’s capital account.

END_OF_DOCUMENT_TOKEN_TO_BE_REPLACED 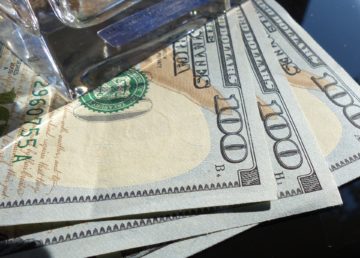 China’s State Administration of Foreign Exchange (SAFE) says data for the first half of 2020 indicates that the country’s balance of payments remains in “even territory.” END_OF_DOCUMENT_TOKEN_TO_BE_REPLACED

The future of money is being rewritten in Asia Disruptions that began with technological and business model innovations in other places are expressed in new ways in Asia. In banking, payments and retail, Asia is leading the wave of disruption. In each case, th... END_OF_DOCUMENT_TOKEN_TO_BE_REPLACED