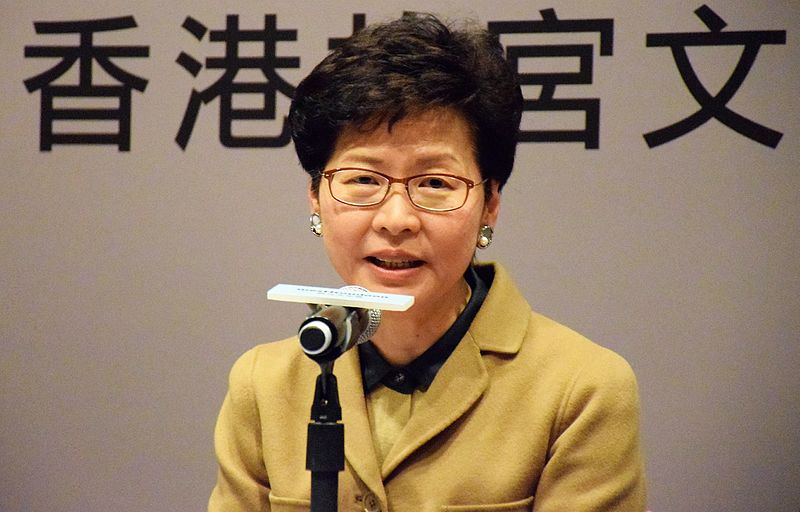 Hong Kong’s political chief has flagged greater integration with the financial markets of mainland China as part of plans to shore up the city’s status as an international finance centre.

Chief Executive Carrie Lam said that she has submitted a proposal to the Chinese central government to elevate Hong Kong’s status as an international financial centre by means of greater integration with the mainland.

“There are other connectivities that we’ve been talking about, whether we could have an insurance connect, an IPO connect or private wealth connect.

“I could not disclose the exact details of my latest proposal to the central government, but these proposals would revolve around this plan to make Hong Kong more international, to turn Hong Kong into a more prominent offshore renminbi center, to transform Hong Kong into the hub for the management of private wealth.”

Zhang Xiaoming, Deputy Director of the Hong Kong and Macau Affairs Office, said on Monday that Beijing officials had given “positive feedback” to Lam’s proposal, and that China would “definitely strengthen” Hong Kong as an international finance centre.

Lam also said that plans by Beijing to create a free trade port in nearby Hainan Province would not undermine Hong Kong’s status as a financial centre.

“I see a lot of synergy and potential collaboration between the Hainan free port and the Guangdong-Hong Kong-Macau Greater Bay Area,” said Lam.

“I don’t see that sort of direct competition. We should seize every opportunity of the deepening of reform and opening up of the mainland economy, whether it’s the central level or at the provincial level, as opportunities for Hong Kong.”

Lam’s remarks arrive just following increased efforts by the Chinese central government to accelerate the integration of the Greater Bay Area, comprised of Guangdong province, Hong Kong and Macau, as well as heightened political unrest in relation to Beijing’s National Security Law proposed at the end of May.

On 14 May the Peo­ple’s Bank of China (PBOC) re­leased the “Opin­ions Con­cern­ing Fi­nan­cial Sup­port for the Es­tab­lish­ment of the Guang­dong-Hong Kong-Macau Greater Bay Area” (关于金融支持粤港澳大湾区建设的意见).

PBOC said that the Opin­ions would be of ben­e­fit to “fur­ther dri­ving fi­nan­cial open­ness and in­no­va­tion, deep­en­ing fi­nan­cial co­op­er­a­tion be­tween the main­land and Hong Kong and Macau, and rais­ing the sup­port­ing and guid­ance role of the Greater Bay Area with re­gard to na­tional eco­nomic de­vel­op­ment and ex­ter­nal open­ing.”