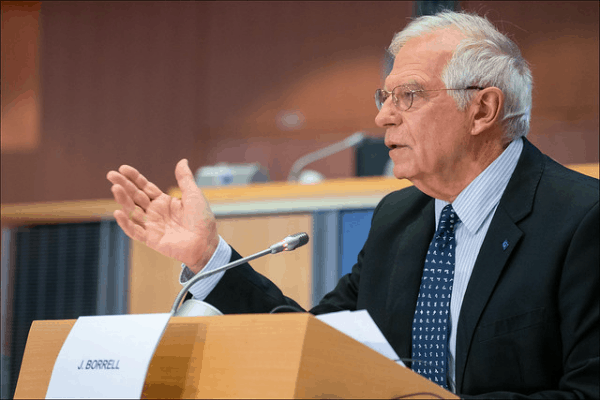 The European Union’s (EU) top diplomat has sought to reassure concerns about China’s role in the international system following a strategic meeting with his Chinese counterpart.

Borrell said that while China and the EU have different political systems, the EU does not view China as a threat to world peace.

“I do not think that China is playing a role that can threaten world peace,” said Borrell.

“They committed once and again to the fact that they want to be present in the world and play a global role, but they do not have military ambitions and they do not want to use force and participate in military conflicts.

“You cannot build a multilateral world without China participating in it effectively…it is also a fact of life that we have to cooperate.”

Borrell’s conciliatory tone contrasts sharply with Amercia’s Trump administration, which has struck an increasingly aggressive stance towards China in the wake of the COVID-19 pandemic.

US secretary of state Mike Pompeo compared China to Nazi Germany in a recent interview with the Daily Caller, in relation to concerns that the National Security Law mooted at the end of May by Beijing could undermine the autonomy of Hong Kong.

“The promises that the Chinese Communist Party had made in their treaty with the United Kingdom that they broke when they made the decision to deny Hong Kong people the freedoms that they had been promised were similar to some of the promises that were broken back in the days when Germany advanced against the rest of Europe,” he said.

Borrell said that the EU “insisted on the need for China to uphold its international commitments and to respect the agreement they made with the United Kingdom,” but that it would continue to work with China to smooth out any disagreement.

“Our relationship has to continue developing,” Borrell said. “It is important to have exchanges of views. We base our relationship on mutual trust and on the will for cooperation.”